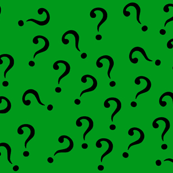 A lot of people when starting out as a content creator often think to themselves what makes a good streamer? Everyone will have a different opinion as certain things may work for one person but not another. So I just wanted to do a little post about what I’ve found to work for myself, I have a following of just under 7500 so I’m not the worlds biggest streamer and still have room for a lot of improvements.

First and foremost, NETWORKING is probably one of the most important things you should be doing as a streamer. There are so many people that have the wrong perception of streaming and just think you go live, and floods of people appear in your channel (Wrong).

I do not really like the word Networking as it sounds like a chore but its pretty much along the lines of making friends, earning respect, and supporting others. The only thing I would say is when you visit other streamers that are live DO NOT mention your going live or self-promote in anyway unless asked as this is extremely disrespectful.

Secondly decide what king of streamer you want to be there’s so many options out there from IRL, Chatting, Gaming and Variety streamer the choice is endless just make sure that your streaming because you want to and not because its what’s brings in views as if you chat sense that you’re not completely happy they may not stick around.

The most important one for me is COMMUNICATION/INTERACTION, you could be the worlds best gamer yet not read chat or interact in anyway and for me this is key to growing as a content creator. I literally put my chat before any gameplay and try to build bonds with every single person that comes in and get to know a little about them. The way I see things is that if you build up that initial friendship/trust you always to have something to talk about, they could have been on holiday for a week but because you take your time to chat to them you already know this (conversation starter).

Promotion is another thing that is very important some people struggle a little with social media, even I do from time to time but sites like Twitter and Instagram can have a huge impact on who comes across your channel and who show up if you was to tweet that you’re going live.

You must bear in mind that building a Streaming Community and having a steady viewership will take time and patience is the key. We have all heard that saying “Rome wasn’t built in a day” and this is the same principle. Perseverance and hard work is all you need, setting goals can be a good thing to do like every 100 follows for example just so that you can feel the sense of achievement every time you hit a milestone.

Like I stated at the beginning of this I am not the best streamer in the world and think daily how I can improve different aspects of what I do to improve my content as a Variety streamer. I would like to wish everyone the best of luck with anything they pursue I am sure you will smash it!